Automotive Independence – The Freedom to Own 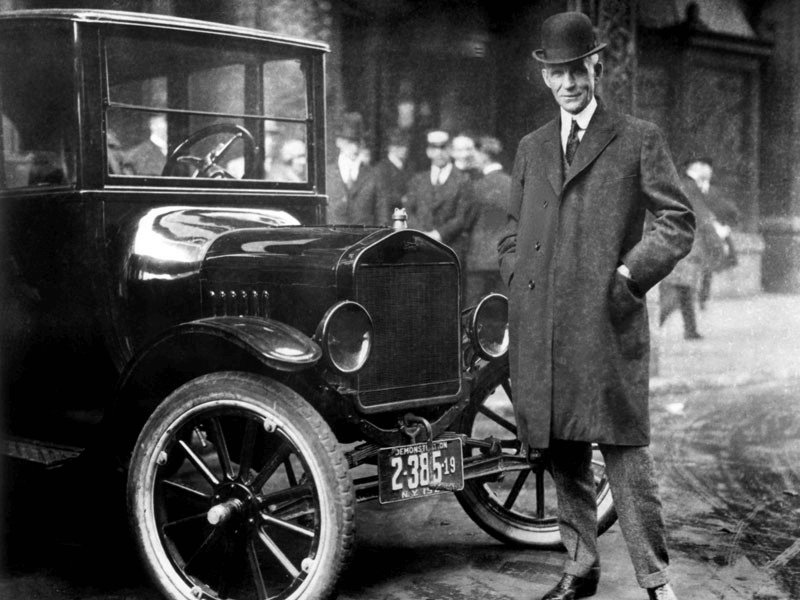 When one reflects upon the Fourth of July, America’s Independence from the British, they commonly associate the holiday with freedom, fireworks, parades, barbecues, baseball games, and political ceremonies held throughout, mostly enjoyed by the middle class. Independence Day isn’t known for the automobile. But it is all about celebrating America and the vast heritage that the USA is known for, and the automobile is a revolutionary cornerstone of America.

“I will build a car for the great multitude. It will be large enough for the family, but small enough for the
individual to run and care for. It will be constructed of the best materials, by the best men to be hired, after the simplest designs that modern engineering can devise. But it will be so low in price that no man making a good salary will be unable to own one.”

Even though Henry Ford didn’t create the automobile, he was the inventor of the assembly line during the Industrial Revolution, catapulting the United States into the lead of an industry that dated back decades before his time. This in turn provided affordable access for every American to own a motor car, and thus the Model T was born. The Ford Model T made way for the American way of life as the first affordable automobile and it opened travel on a massive scale to the middle-class. The Model T was then positioned as a reliable, easily maintained mode of mass transportation, totaling up to over 15 million models rolling off the assembly line. 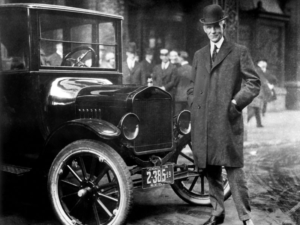 The Model T became a powerful icon for American heritage and signified innovation for the rising middle class. The freedom to own an automobile at an affordable price was Henry Ford’s mission, and he thus succeeded, and the Ford Motor Company holds those values true to this day and continuing on Ford’s legacy.

Tomorrow, as you enjoy the red, white, and blue celebration of American freedom and traditions, and honor those who continue to protect those freedoms to this day, take a gander over at your vehicle, no matter if it’s a Ford in your driveway or another fine craftsmanship worthy of Henry Ford’s assembly line. The freedom to own has been epitomized by affordability for the middle class nearly a century ago by an analyst who wanted the best for the American people.

From all of us here at Raceway Ford, we wish you a safe and Happy Independence Day.